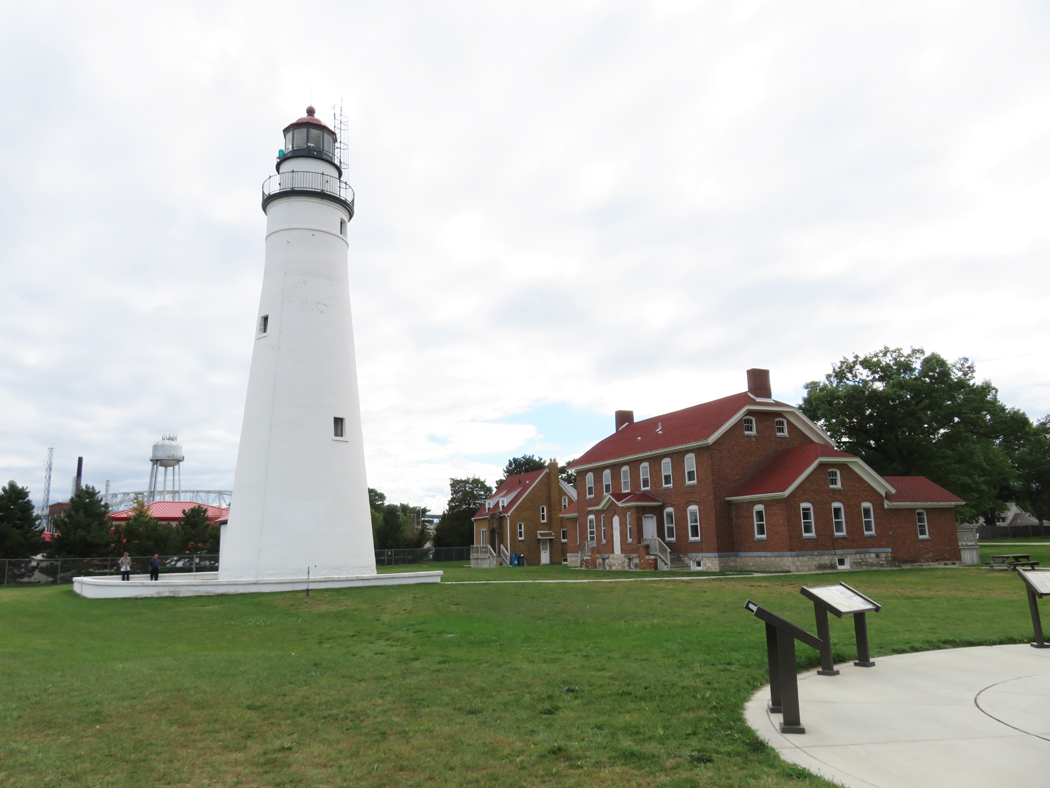 In 1823 Congress approved the funds to build the first lighthouse in Michigan and the second oldest on the Great Lakes. The first lighthouse in this area was built in 1825 and was located approximately where the first Blue Water Bridge stands. Along with the poor design and construction, the original tower was built in a bad location. During a severe storm in 1828 it collapsed into the river.

In 1829, a new lighthouse was built north of the military fort by Lucius Lyon, who later became one of Michigan’s first U.S. Senators. The new location made it easier for ships to spot as they entered the rapids at the head of the St. Clair River. Originally sixty-five feet high, the white painted brick tower was extended to its present height of eighty-two feet in the early 1860s. The light is managed through a collaborative effort of the St. Clair County Parks and the Port Huron Museum.

Established in 1885 after a temporary light was used during construction of the harbor of refuge. The new lighthouse was built on a foundation separated from the breakwall to prevent wave energy from shaking the tower. The lighthouse consists of a cast iron outer shell with the interior lined with brick and plaster. There are six decks, the first is the living area and galley, the second and third are sleeping quarters, the fourth a workroom, fifth the gallery deck with an open-air balcony surrounding the tower and the top deck contained the lamp. The building built adjacent to the tower was for the equipment that produced the fog signal. You can tour the lighthouse in the summer by booking directly on their web site. The light is managed by the Harbor Beach Lighthouse Preservation Society. 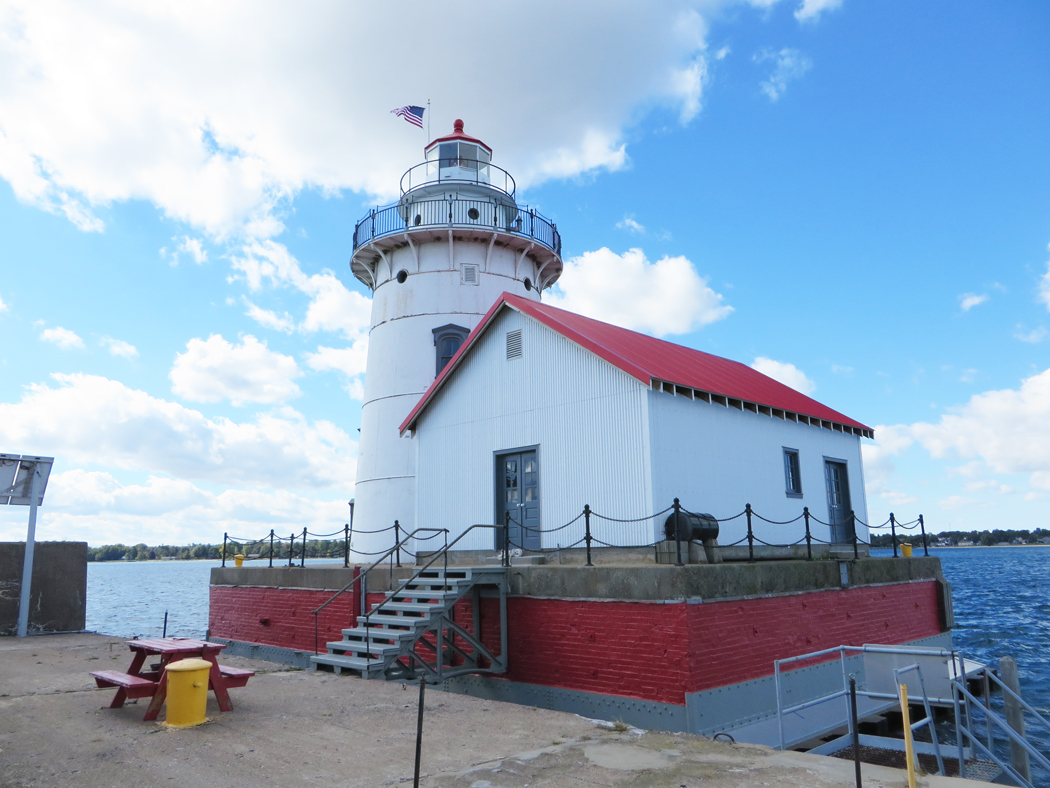 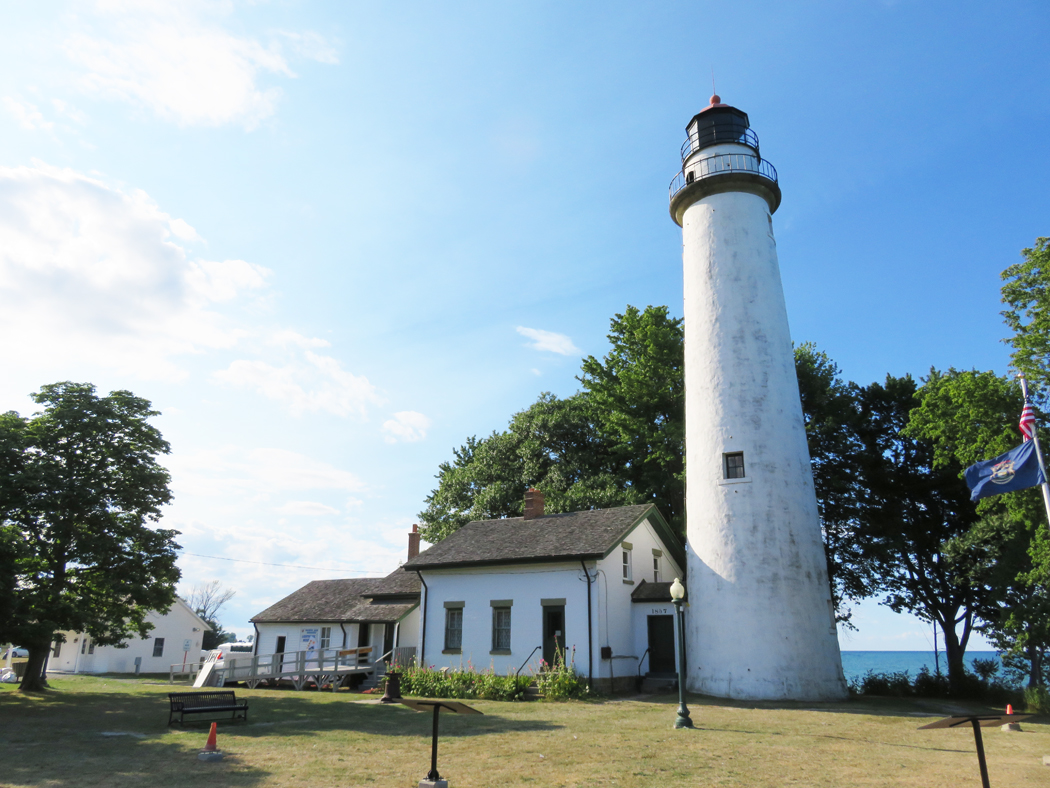 The original Pointe aux Barques Lighthouse was constructed of stone taken from the shore of Lake Huron in 1848. Michigan’s first female lighthouse keeper, Catherine Shook served here after her husband Peter Shook drowned in 1848. By 1857 there was a need for a new keeper's house and attached 89-foot tower. The museum is open to the public as well as the gift shop.  The tower is open to climb on various dates.  Please see their website for dates and times. The light is managed by the Pointe Aux Barques Lighthouse Society.

The original light and caisson was built in 1878 and rebuilt to its current configuration in 1937. It is built on an octagon concrete caisson 80 feet across and 34 feet on each side. The concrete deck is approximately 30 ft above the water line with the focal plane of the original fourth order Fresnel lens at 76 ft above mean low water. You can tour the lighthouse on Saturday’s, weather permitting, in the summer by booking directly on their web site. The light is managed by the Port Austin Reef Light Association. Click Below For Directions. 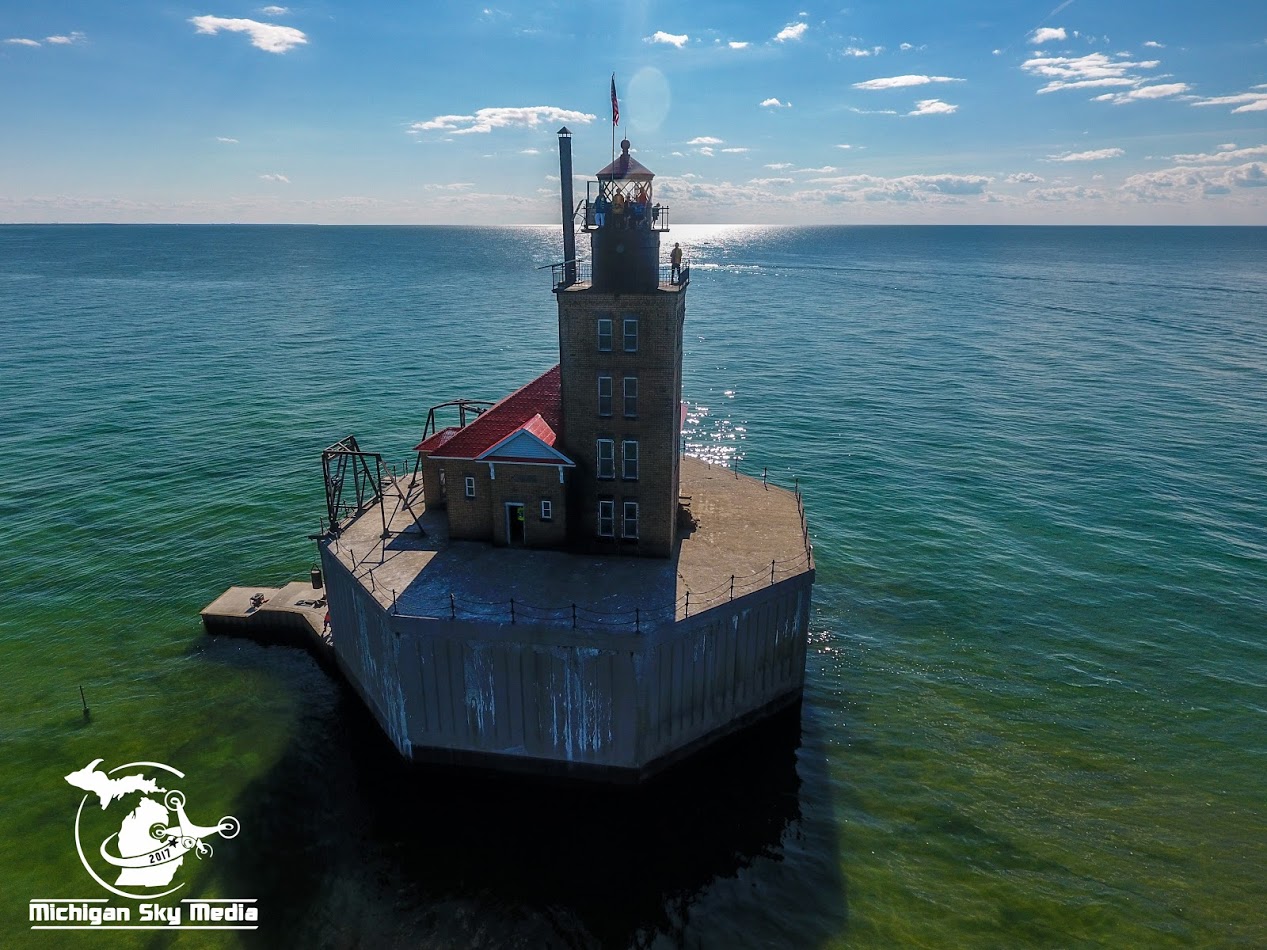 Other Attractions in Port Sanilac

Visit other attractions near Port Sanilac

View a collection of more than a dozen historic buildings located on ten acres of the original Dr. Joseph Loop estate. The Sanilac County Historical Society invites you to step back in time as you wander through the beautiful gardens and the Victorian, Edwardian, and vintage exhibits that are featured on the property. You can find marine shipwreck items, military memorabilia and Native American artifacts as well. You can schedule a tour of the property or book tickets to the Barn Theatre to attend a live show.

This marine museum is home to a number of historical shipwrecks, including the Regina, a 250 foot steel package freighter that sank in a fierce gale in 1913. The vessel was discovered in 1986. Diving charters are available from Port Sanilac Harbor. Sanilac Shores Underwater Preserve offers some of the most exciting shipwreck diving in Michigan within a 163 square mile area in Lake Huron. The Regina and some of it’s cargo rests in 80 feet of water, with the ship rising 25 feet from the bottom.

The cold, fresh waters of the Great Lakes are literally littered with shipwrecks – pieces of history capturing chapters of a time when transport by water was as important as transport by land.

There are some 1,500 shipwrecks submerged in Michigan waters alone, making up one-quarter of the estimated 6,000 wrecks found throughout the Great Lakes.

Now, thanks to the recently launched Michigan Shipwrecks StoryMap, it’s easy to learn about the mystery and tragedy surrounding these ships.

Port Sanilac has something for you

While you're visiting the lighthouse, we encourage you to explore the local Village and areas rich history and attractions. Port Sanilac is home to many businesses, dining, retail shops, galleries, grocery & many services.

Find a great place to eat in or near Port Sanilac

Fun things to do while you are here

Get a good night rest in Point Sanilac

Learn more about the great shops at Point Sanilac